Tom and Jerry Wiki
Register
Don't have an account?
Sign In
Advertisement
in: Characters, Minor characters, Males,
and 7 more

The Alley Cats are minor antagonists from Tom and Jerry: The Movie. They are a gang of mean alley cats who ambushes Tom. The leader is voiced by Raymond McLeod who also voiced the Bulldog in the beginning of the film while the rest are voiced by Mitchel D. Moore and Scott Wojahn.

The Alley Cats are first seen after Puggsy and Frankie DaFlea get captured by the Straycatchers led by Dr. Applecheeks, confronting Tom before they sing the "What do we care?" song. After they finish singing, Tom sneaks away and one of them notices him escaping and they give chase knocking the flower pot down where Jerry is being held earlier by Tom, who then makes a run to a nearby manhole. As Tom passes the manhole, Jerry opens it and all of the Alley Cats fall into the sewer one by one saving Tom from further beating. The Alley Cats are not seen afterwards and it is unknown what happened to them, presumed they gave up after this. 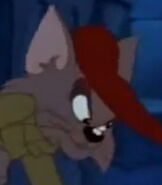 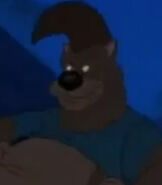 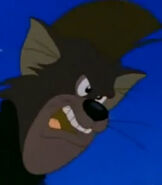