That's Just Who I Am

"Frown and Country" is an episode of the third season of The Tom and Jerry Show (2014). It is the 146th episode overall.

Jerry is suffering the springtime blues, but at Muscles' suggestion, Jerry just might find romance.

Section incomplete
This section is empty or needs to be expanded. You can help the Tom and Jerry Wiki by writing it. 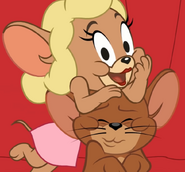 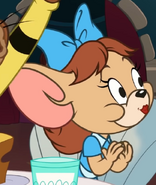