Arthur Jack Zander (also known as Jack Zander) (May 3, 1908-December 17, 2007) was an animator who worked on the first Tom and Jerry shorts, and later went on to make his own animation studio in the 70s.

He started his animation career in 1930 at the Romer Grey studio, then The Van Beuren Corporation in 1931, and then Terrytoons in 1936.

Not much is known about his time at Terrytoons, but it's known that he was one of the top animators there, he was only there for a year before leaving to join MGM in their new animation unit.

Joining MGM in 1937, he worked on cartoons based off comic-strips. (Notably, a series based on the strip "The Captain and the Kids".) After a few years he, alongside a few others worked on the 1940 short "Puss Gets the Boot". After that short, he would work on Tom and Jerry until 1942, when he left the studio. He took a brief stint in the Signal Corps, but he left there shortly afterwards, and eventually he switched entirely to animation designed for TV.

After leaving theatrical animation sometime earlier, he created his own animation studio in the 1970s. There, he animated many commercials for various companies, including Pepsi, AT&T, and the U.S Postal Service. And in the 1980s, he created a character called "Tippi Turtle" for the late-night comedy series "Saturday Night Live".

His style can best be described as squishy, malleable, very akin to rubber. He typically gives Jerry rounded pointy ears, and he animated the more wacky, off the wall sequences. Here are some examples; 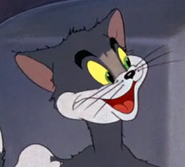 An early version of his Tom, in this version he has an elongated neck, and with a smaller head, that's more rounded. 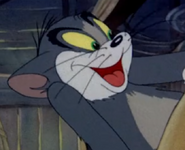 Zander's Tom design from late 1942, the long neck has been abandoned, and he looks slightly less scruffy. 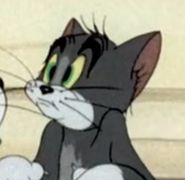 One of two 1943 designs for Zanders Tom, as you can see here he looks far more polished, and kind of similar to Pete Burness's Tom in a way.

The second 1943 design for his Tom, he now has slightly rounded ears, and a lot of the scruff on his fur is now gone. 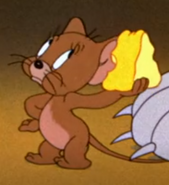 An early example of his Jerry, a good clue to find out if Zander animated a scene is to look at his Jerry, which has; chubby cheeks, constantly changing head size, and rounded point ears. 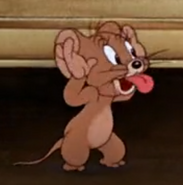 From early 1942, another clue as to whether Zander does a scene or not is to see if the hand and foot size are exaggerated during actions. 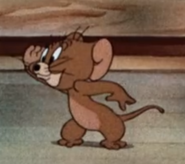 From later in 1942, his design is slowly starting to get more polished. It doesn't really change from this point onwards.