Muse was briefly employed at Walt Disney studios, where he started off as an assistant to Preston Blair (The main animator on "The Sorcerer's Apprentice", he himself would join Tex Avery's unit the same year Muse joined.) working alongside him and a few others on the 1940 film Fantasia. Afterwards he became a full-fledged animator, working on several Mickey Mouse and Donald Duck shorts. After the 1941 Disney strike, he left the studio to work at MGM.

After leaving Disney, he set off for MGM, where he was employed in the Hanna-Barbera unit. The first short he worked on was 1942s Fine Feathered Friend. He brought the skills he learnt while at his Disney tenure with him to MGM. He typically animated the slower, and more methodical scenes. (Though he still did do some wacky animation, namely in 1944s "The Zoot Cat.) From 1942-1958, he worked on all but one of the original Tom and Jerry shorts.

He, alongside Ed Barge and Ray Patterson worked on the Gene Kelly dance scene with Jerry in the movie, "Anchors Aweigh". The film would go on to win multiple Academy Awards. He also animated, along with Barge and Irven Spence some scenes that briefly starred Tom and Jerry in the movie Dangerous When Wet. He left MGM's animation department (and the studio overall) in 1957, to work at William Hanna and Joseph Barbera's new studio, Hanna-Barbera.

After the animation department in MGM closed down in 1957, Muse, alongside many others moved to Hanna and Barbera's new studio, Hanna-Barbera. Of the many animators there, he was arguably one of the most experienced. He animated and worked on numerous shows during his tenure at H-B. Including the pilot for The Flintstones. He spent the rest of his career at H-B, although briefly worked at DePatie-Freleng Enterprises around the early 70s, up until his death in 1987.

Since he was a former Walt Disney animator, his style is very reminiscent of how Disney shorts were animated. His characters squash and stretch, he rarely exaggerates his animation, and before "Safety Second" (1950) he was very fond of giving Tom three chest bumps. Here are some examples; 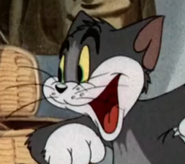 From 1943, his early Tom has a much rounder head, three chest bumps (which would stay until 1950), almost perfectly oval eyes, and kind of scraggly hair. 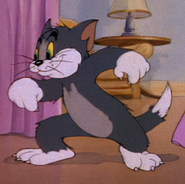 From later on in 1943, not much has changed except a bit more polish. 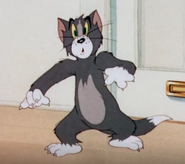 His Tom from 1944 is markedly different than his prior designs. Around this short is when Tom was redesigned to be fully bipedal. 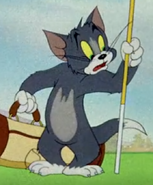 From 1945, his design has more polish, the overall design is at its peak in terms of expressiveness and fluidity. 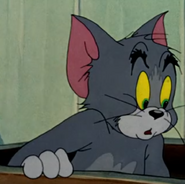 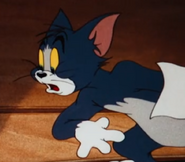 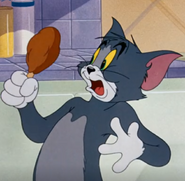 Starting with "Safety Second" Muse's Tom is redesigned to have two chest bumps to keep consistency with the other animators. 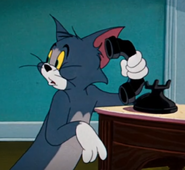 Muse's Tom design for 1953-early 1954. The detail is slowly going away, and Tom looks more rounded, additionally, nearly all the scruff is gone. 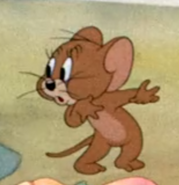 From 1942, his Jerry changes very little for the next few years.

Fast forward a bit, nothing really has changed aside from extra polish, and the hairs have gotten slightly longer as well. 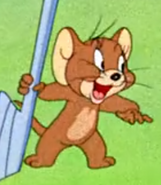 The next design change comes in 1945, where his Jerry takes on a cuter, slightly squashed look. 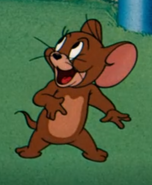 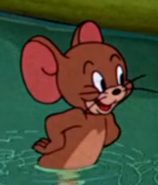 Muse's Jerry from 1952-1953 ditches the eyelashes. His head is rounder, a lot of the detail is now gone, and the hair is very inconsistent.