The Purple Dragon appears in the episode "Fire Breathing Tom Cat" in Tom and Jerry Tales.

Tom was sent to kill the dragon but Jerry woke it up by opening its eyes. After Tom got swallowed he stole the dragon's fire core where it breathes out fire. Jerry managed to steal it back and give it back to the dragon. It then chased Tom. 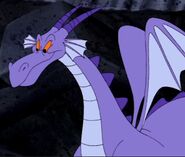 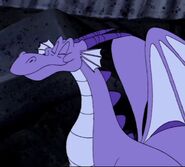 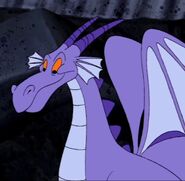 Add a photo to this gallery
Retrieved from "https://tomandjerry.fandom.com/wiki/Purple_Dragon?oldid=101594"
Community content is available under CC-BY-SA unless otherwise noted.