A Mouse in the House

Salt Water Tabby is a 1947 one-reel animated cartoon and is the 31st Tom and Jerry short. It was produced in Technicolor and released to theaters on July 12, 1947 by Metro-Goldwyn Mayer. The cartoon was animated by Ed Barge, Michael Lah (who later directed Droopy cartoons), and Kenneth Muse, with uncredited animation by Ray Patterson. Salt Water Tabby was scored by Scott Bradley, produced by Fred Quimby, and directed and written by William Hanna and Joseph Barbera.

It's summer and Tom is leaving a beach house with a long bathing suit and sandals. He gets his suit caught and is just about to dive into the ocean, but he snaps back and through the house door. Tom then runs back out toward the ocean, but dives in just as the water recedes and lands amid a bunch of garbage. Tom paddles through the "water", thinking he is swimming, and then walks across the beach knocking out cans from his suit. He stares at Toodles reading a book and wearing sunglasses, but is looking the wrong direction to avoid running into a trash can. The trash can converts into a slot machine, which turns up three lemons, sending Tom out of the can directly into her lap. He winks, and despite her obvious displeasure, eats her hot dog and drinks her soda. Tom reclines in her lap, pleased with his efforts (though she isn't), and a tomato and a banana peel proceed to land on him.

Tom looks in the picnic basket as more food is thrown out of it and sees Jerry eating salami from some sandwiches, and then picking up an egg. Tom threatens to slap the mouse with a flyswatter, but Jerry throws two eggs and two olives into Tom's eyes. Tom picks up Jerry on a piece of celery, and the mouse takes bites out of the celery and continues through the cat's hand. Tom yelps in pain, and Jerry runs away near some rocks. Tom attempts to find him, but ends up failing and attacked by a crab. Putting this aside him, he finds Jerry again, however, his second attempt at catching him fails and he ends up pricked inside a beach umbrella with an open flap in front of his bum, made by the crab.

Later, Jerry grabs a bottle of soda out of the basket, and while lugging it around bumps himself on Tom's shin. Tom opens the bottle and slams the bottlecap on Jerry's head, who is now unable to see and eventually gropes himself towards the crab. Feeling the crab's claw, he uses it to remove the bottlecap, and now that it has recovered from the surprise, the crab then attempts to catch Jerry in its claw. The mouse escapes being caught and travels back to where Tom and Toodles are sharing sandwiches in order to disturb this situation. Jerry sneaks a shell into the sandwich, causing Tom to shatter his teeth when he bites into it.

Tom realizes what has happened and turns the situation around by chuckling, then swallowing the shell and revealing his broken teeth, as if to say "Look at this!". Meanwhile, Tom is spooning sugar into a cup of coffee, and Jerry replaces the bowl of sugar with a bucket of sand, adding an entire shovel of sand for good measure. Tom gets a mouthful of sand and gags and spits everywhere, and Jerry then fills the bucket with seawater and "gratefully" gives it to the cat. The raging cat snatches the bucket and drinks it, but since it's salty, Tom spits the entire bucket out and as his misfortune would have it, into Toodles' face, effectively ending their short tryst.

In revenge, Tom catches Jerry with the bucket, leaving a bucket-sized sand castle behind, then cuts it down with a small shovel. Seeing nothing, Tom digs into the sand and is buried by Jerry. The mouse pads down the sand and draws back the shovel, hitting Tom in the face with it when the cat emerges. Jerry hides in the picnic basket and Tom grabs a banana out of it, but Jerry has a piece of the banana on top of his head and tosses it into Tom's mouth. Tom wonders what happened to the rest of the banana, then spotting the mouse's trickery. Jerry again holds up his hand as if to say "Stop!" and closes the beach umbrella the second time. The mouse pops out of the umbrella and, unfortunately, gets stuck in the soda bottle seen earlier.

Tom grabs the bottle, victorious, and shakes it, shooting the mouse into the ocean. Jerry pulls off a clam shell, then grabs seaweed and draws a face on a piece of wood on the shore. From behind the figurine, Jerry screams "HELP!" in a hoarse, high voice and slaps the water, as if the figurine is a drowning victim. Tom comes to the "rescue" and throws himself onto the figurine, then followed by a brief tidal wave, leaving an irate Tom with a large bump on his head after the tide recedes. The cat sees Jerry smiling and chases after the mouse, and in response, Jerry finds an inflatable beach horse (similar to the one seen on the title card) and releases its air out, causing it to be propelled like a balloon.

As it hurtles towards Tom, he opens his mouth in shock and thus swallows it, smacking him out of his bathing suit. The deflating beach horse sends Tom flying over the beach, provoking Jerry to hide as the cat speeds across the sand and soars into the air. He then falls all the way into the sand, busting open a pool. Water from the sea promptly fills up the deflated toy and Tom emerges riding it, only to find that Jerry is sailing away with the picnic basket using his bathing suit like a sail, accompanied by the tune of Aloha Oe. 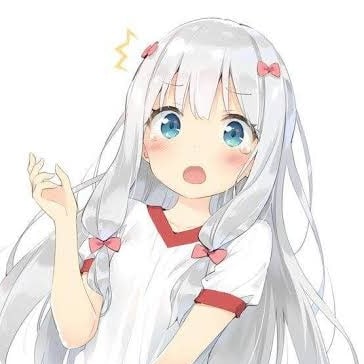